With companies struggling to close the gender pay gap and hit their goals for women in leadership roles, are we trying to fix the wrong thing?

Businesses often think it's the job of the remunerations team to create gender equity in leadership roles, but new research shows that there are three hidden factors that most firms aren't even aware off, which are holding back women from stepping up to lead.

You're heading for the next step up in your leadership journey. Logically, you know you can do it. But you wouldn't want them hearing your secret 3am self-talk...

One of the most common triggers for Imposter Syndrome is being asked to lead at the next level, whether that's your first leadership role or making the C-Suite Leap.

Those worries that they'll 'find out you're a fraud' or that you're 'not good enough' plague your thoughts and affect your performance. And previously dormant Imposter Syndrome becomes unignorable.

In fact, it takes a lot of effort to hide it - consuming the energy you would otherwise have put into your work and time with your loved-ones.

How Does Imposter Syndrome Affect Women In Leadership Roles?

According to the landmark Imposter Syndrome Research Study, 45% of women hadn't applied for promotions for which they were qualified, in the past year alone, due to Imposter Syndrome. The subconscious self-sabotage behaviours that come with it are also why it's one of the three hidden drivers of the Gender Pay Gap.

Another key factor the research showed was that Imposter Syndrome rates were very similar for men and for women, but that they handle it very differently, which disproportionately disadvantaged women when it came to being considered for leadership roles.

Men were more likely to bottle up Imposter Syndrome, pushing on through the fears (which often led to anxiety and mental health issues). The study showed they would put themselves forward for promotions that felt like a stretch. And, when men got that promotion, it caused Imposter Syndrome rates to decrease, because they felt the job title validated their expertise.

Proportion of research respondents who had struggled with Imposter Syndrome 'daily' or 'regularly' in the past year.

Women, on the other hand, worried more about being 'found out'. The study showed that they tend to share the credit for achievements with their team, rather than publicly 'owning' their role in it, which means that their talents are less visible to the organisation. They are more likely to wait until they feel fully ready for a promotion, ticking all of the boxes, before they apply - which often caused them to miss out on roles for which they were a great fit.

And women were more likely to leave their organisation, to apply for senior leadership roles, than to apply internally, because of the fear of it becoming public knowledge if they applied, but didn't get it. So companies are losing their best women to other firms. And even then, the promotion can cause Imposter Syndrome severity to increase for these women, because they felt like a spotlight was now on them and their performance.

The step up into the more senior levels of leadership was also a trigger for high-achieving women to leave their employer, even if they loved their job, to set up their own business as a consultant.

This is why we don't have enough women in leadership roles in most companies.

And the cost of losing these women and replacing them has been found to be up to a full year's salary, in terms of recruitment and training costs, covering their work, and missed business opportunities while their role is empty.

As boards lament that there aren't enough talented women to choose from for the most senior leadership roles, defending their failure to create equality at the top levels, we need to look at why that is.

The research study showed that there are three hidden drivers behind the gender pay gap and lack of gender equity in leadership roles:

Many companies switch to an alpha-male culture at the most senior levels, where politics and competitiveness become more important than the more feminine qualities of collaboration and compassion.

Mothers of school-aged children find themselves forced to choose between their family and their career. Avoiding extensive overtime or out-of-hours travel and events was seen as a career-limiting request.

Women were found to be more at risk than men of creating subconscious self-imposed glass ceilings, and exhibiting the self-sabotage behaviours that Imposter Syndrome triggers, reducing their chances of promotion.

The Pandemic Has Made This Situation Worse

Research in September 2020 shows that the additional juggling of home-schooling their children caused millions of women to be working double- or triple-shifts, often working until midnight, in an attempt to hide from their employer how this extra workload has been affecting them.

Even with children back at school, evening scheduled for early mornings or early evenings force women to choose between their career and their children, because childcare options are so much more limited than before.

And the alpha-male culture becomes even more pronounced, when it isn't balanced out by the chance meetings that allow people to regain their perspective by chatting with friends and colleagues.

What Is The Solution?

The alpha-male culture and unconscious bias against working mothers must be addressed, urgently, in order to create a genuinly level playing field. However, these are longer-term issues.

We will not close the gender pay gap and have enough women in leadership roles, without first addressing Imposter Syndrome and providing solutions for those who struggle with it.

And the great news is that - far from the myth that it is inevitable or incurable - there is plenty that firms can do to support their team members on this.

Indeed, you can create deep-acting breakthroughs in as little as three months. It's why I created Stepping Up To Lead: a 90-day programme that helps you to set yourself free from Imposter Syndrome, to become the leader you were born to be.

It is a unique way of turning your inner critic into a genuine cheerleader, making comfort zone 'flinches' a thing of the past, and feeling excited about stepping up into your next leadership role.

Based on twenty years of specialising in this field, Stepping Up To Lead is a blend of high-impact, online learning (all in bite-sized chunks), with fortnightly group Q&A calls for three months, and 1:1 time with me or one of my Certified Imposter Syndrome Mentors.

Students describe it as 'life-changing' and 'more powerful than I could ever have imagined'.

They're having breakthroughs in their confidence and Imposter Syndrome levels, even in their first few weeks, which would have taken six-to-twelve months with just 1:1 work. They report that this is leading to measurable changes in their behaviours and performance and productivity - as well as reducing their stress and anxiety and increasing their happiness levels.

And all of this comes at less than one tenth of the cost of six months of one-to-one mentoring, and under one twentieth of the cost of replacing a female leader if she leaves an organisation.

It makes this life-changing work affordable - and effective - for everyone in your leadership teams and your rising stars.

You can find out more about Stepping Up To Lead on an individual basis here. And if you'd like to talk about booking multiple places for your organisation, please book a call with me, below. 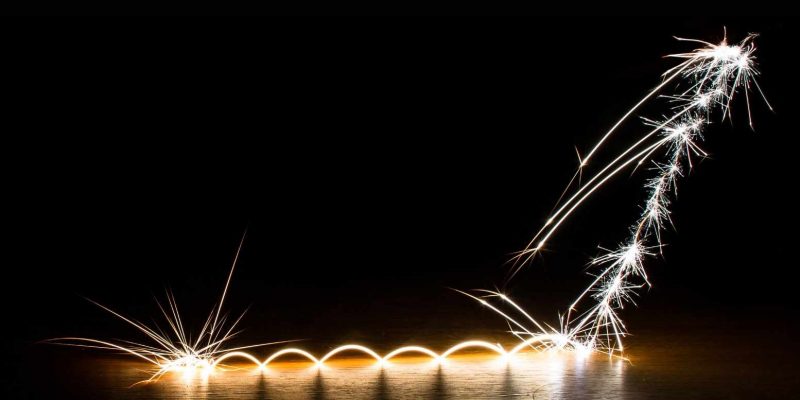 Do you feel like you’re running on empty, and that nothing seems to top up your batteries any more? Is it getting harder to concentrate and easier to make mistakes? Do you find your fuse is shorter than ever and that smaller things are stressing you out? And if one more person tells you to […]