This is the order of service that was used at the crematorium. This was for the celebration of Catherine's life.

The replay from the crematorium service will be live for 28 days from the date of Catherine's service - approx 8th September.

Use this link to get access. The username is: Zanu2388 That was St Paul talking about those who had died in Thessalonica and about the 2nd coming.

So challenging for all the country and the world not being able to visit a loved one when they’re ill in the present crisis, or to cajole and insist on a medical response when her announced symptoms were so sinister.

Apart from a one at a time visit in the hospital after her prognosis had been announced Mike and Chris were only allowed to visit her in the nursing home 2 days before she died and she was not conscious.

I managed to stroke her head for a few minutes the day before she passed and tell her what a wonderful sister she’d been for us all.

Catherine was ever loving and concerned for the spiritual and physical well-being of all around her and especially I think, for her brothers and for those coming out of night clubs in the small hours in the locality with the church group I am informed.

She did disapprove of the fact that at least one of her brothers liked a drink or two and would try to effect a remedy for this perceived error by being sure to send non-alcoholic beverages for Christmas and birthdays……when she was informed that these were made instantly more palatable by a shot or two of something more interesting, she relented!

Catherine was multi-talented though she did not boast…..avid reader and writer, artist, and there was always a Beethoven symphony coming from her room when she was in her late teens and early twenties and was quite formative in what was absorbed by others

She and I started piano lessons together when she was 21 and I was 11 with Florence B Thomas, Aldershot, Gold Medallist from the Academy.

As a very proficient linguist she would speak to the dog in German (Rusty had a limited vocabulary) and she would speak to our mother in French if she did not want Chris or myself to understand (little did she know of our French language ability!)… so “fourmis dans le pantalon” was soon discovered to mean that one of us, was a fidget and she delighted in finding German words that sounded expletive, the plan being to release one of these in front of our Auntie Yo to get a shocked response….. “Bleistift”, German for pencil as I remember

Trouble is, older siblings save the anecdotes of the younger ones but no one saves theirs….unless the parents do so, recorded anecdotes are fewer

I’m going to hand over to Padre Steve as he has our best material and perhaps we turn this into a pseudo Quaker meeting later if others feel moved by the spirit to come up and say a few word.

Thank you Lord, for Catherine and Mike, and for the time that we had together, and please remember to look after Mike.

I have known Catherine a bit over many years but only got to know her well a few years ago when we were both regular attenders at Christ Church. It was always apparent to me that she was absolutely devoted to Jesus Christ and wanting to make him known and loved.

After a little time she suggested I might start a House Group, a suggestion made independently by two other ladies here present. I could hardly sit on this in the circumstances, so I took it as a prompt from the Lord. I thought it should be ‘owned’ as it were by CC though not exclusive to our members. So I put it to the PCC who gave it their blessing and we started to meet in October 2017.

The HG has provided a safe setting for people to grow in grace and faith, to listen to each others’ problems and share in each others’ interests & burdens. Catherine has been to the fore in all of this, with a sure faith and a warm heart.

And she has been active. She has, for example, sent on to me (and others) numbers of petitions to do with matters Christian for us to sign if we agreed. Active but never in my experience pushy. So active indeed that with her health already fragile she went to big rallies in Wembley & Central London for praise and prayer for our nation & beyond organised by David Hathaway a dynamic and visionary preacher, in his upper 80s.

But her support to me personally went beyond the HG because I have since 2017 been the Christian Aid organiser for this church and Catherine, with Mike, was a zealous house to house collector for CA. She was ready to take on new streets and challenges. As a consequence of this I once substituted for her in a local street and spontaneously the men concerned asked after her and clearly remembered her with respect and affection. And she continued with the house to house up to, what would prove to be its final year, 2019, never flagging.

We have lost a true and valiant servant of Christ, and a very dear friend.

With your laurels won, rest in peace, dear soul.

Thanks be to God.

Link To Donate To Cancer Research UK, In Catherine's Memory 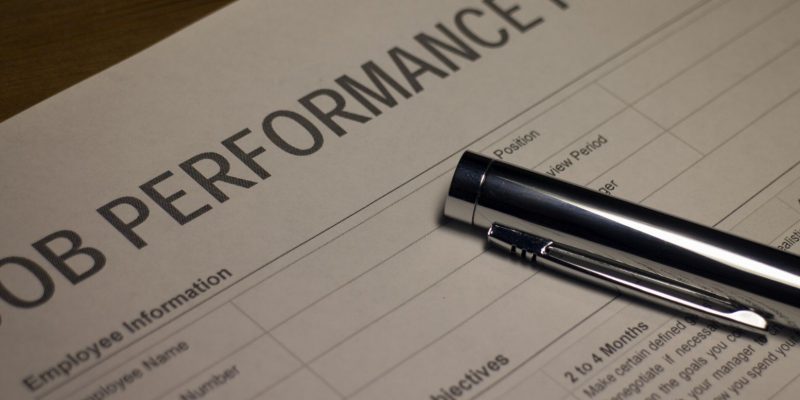 Insert Image Select Columns Layout Performance review anxiety is as much a part of the December season as mince pies and dodgy Christmas songs. But it doesn’t have to be that way. Find out what makes it worse – and a top tip for handling it. Do you have your annual performance review coming up? Dreading […]